See also: THE CORRECT BEHAVIOR FOR THE INDIVIDUAL

Practices like online trading are to be avoided because they cause attachment to money and keep the mind trapped in a true psychosis observing prices and stock market indices, with the complicity of courses that are basically studies of a speculative attitude that is contrary to the principles of Catholic morality.


As a consequence, any related service provided by any entity for online trading, both free and paid, is also to be avoided.

The effort to "study" this activity is not a mitigating factor, but rather a pejorative element because those who are involved in trading online lose their precious life trying to profit from a practice to be avoided with reference to religious morality.
Speculation seems to have lost the connotation of strong negativity that remains immutable in religious morality being an unproductive and sterile activity in the life of an individual, regardless of the side effects on the market that, anyway, remain uncontrollable in their vastness.

It's a false opinion to consider online trading as investment because it's merely used for the pursuit of profit in the short term.

Any practice for the pursuit of money in the short-term in the financial market is to be avoided.

Conversely, the real investment  is remunerated with dividends or interests, taking into consideration the quality of a company's business.

“Speculation indicates transactions that are made for the sole purpose of getting a profit from changes in prices”. This is the meaning of speculation and in the case of stock market operations, purchasing and selling of assets are made with the purpose to gain money on changes in prices as soon as possible without any interests in maintaining the stock in view of future dividends.

An individual does not have to spend days to make money with money; all people working in financial markets should grow in the awareness that such behavior, even within legal limits, does not comply with ethics because trading is an activity devoted to the pursuit of money for mere personal enrichment without any kind of contribution to the common good. 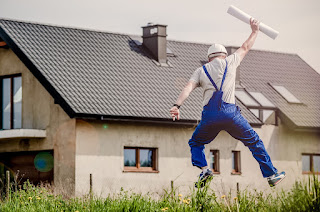 The sterile activity of trading is causing an excessive desire for the pursuit of money, behavior absolutely to be avoided in the moral religious context.


The moral problem of the relationship with money
http://en.radiovaticana.va/storico/2013/10/21/pope_francis_greed_destroys_people%2C_families/en1-739140

Pope Francis spoke about the problem of our relationship with money: specifically greed, attachment to money, destroy relationships with others.

Jesus tells the parable of the rich man who lives to gather “treasures for himself but is not rich in what matters to God.” Jesus’ warning is to stay away from any kind of greed:

“That’s what does harm: greed in my relationship with money. Having more, having more, having more... It leads you to idolatry, it destroys your relationship with others. It’s not money, but the attitude, what we call greed. Then too this greed makes you sick, because it makes you think of everything in terms of money. It destroys you, it makes you sick. And in the end – this is the most important thing – greed is an instrument of idolatry because it goes along a way contrary to what God has done for us. Saint Paul tells us that Jesus Christ, who was rich, made Himself poor to enrich us. That is the path of God: humility, to lower oneself in order to serve. Greed, on the other hand, takes us on a contrary path: You, who are a poor human, make yourself God for vanity’s sake. It is idolatry!”

This is the reason, the Pope continued, why Jesus says things “so hard, so strong against this attachment to money. He tells us that you can’t serve two masters: both God and money. He tells us not to worry, that God knows what we need” and He invites us “to trusting abandonment to the Father, who makes the lilies of the field flower, and feeds the birds.” The rich man of the parable continues to think only of his riches, but God says to him: “You fool, this night your life will be demanded of you!” “This path is contrary to the path of God,” the Pope concluded. “It is foolishness, it takes you far from life, it destroys all human fraternity”:

“And all the goods that we have, the Lord gives them to us to advance the world, to advance humanity, to help, to help others. Today may the Word of the Lord remain in our hearts: “Take care to guard against all greed, for though one may be rich, one’s life does not consist of possessions.”